Vector lights up the Auckland harbour bridge with solar power 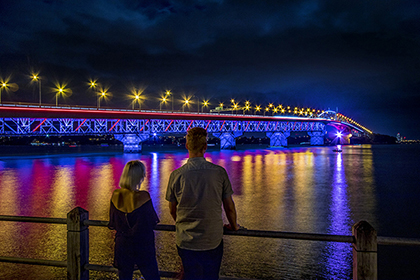 Late January saw the Auckland Harbour Bridge lit up for the first time by Vector, using 90,000 LED lights and 200 floodlights - all solar powered.

It is believed to be the first major bridge in the world to have its lighting come entirely from solar power, from 630 panels installed on top of North Wharf in Wynyard Quarter.