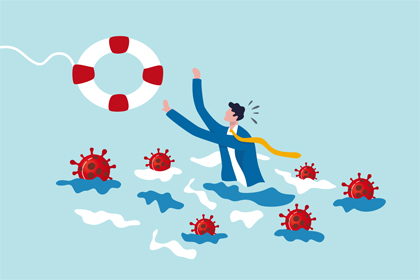 New Zealand’s 27 lines companies are sympathetic to the potential financial pain of their retailer partners as they are faced with the downstream challenges created by Covid-19 business lockdown.

But not at the expense of their own businesses’ viability.

Chief executive of the Electricity Networks Association (ENA) Graeme Peters says his members generally support the retailers in their request to government for bad debt relief.

“What we can’t support, however, is the decision just announced by the Electricity Authority that the six largest lines companies must give 90 days credit relief to the smallest retailers for the next nine months to help keep them afloat.

Peters says his members reject the authority’s argument that the potential market failure of small retail businesses as a result of Covid-19’s economic impact would undermine the competitive nature of the electricity market and reduce competition for consumers.

“In effect, the opposite is true. Mandated intervention to support any non-viable retailers in itself undermines the competitive market.”

Peters says his members are not funded to support the financial risks of retailers. Their revenues are lean – partly by design due to the fact that they generally don’t have the same exposure to debt risk as their retail counterparts. This was the intention behind, and a consequence of, the split of lines companies from retail business in the 1990s.

“We just don’t have the margins built-in to our businesses to provide relief for bad debt that may be faced by retailers.

“If the financial viability of distribution businesses is compromised by being forced to prop up failing retailers, it will be local consumers who will ultimately bear the cost.”

Peters also said that the decision created a chilling precedent for all New Zealand businesses. “This is the equivalent of government compelling oil companies to bail out service stations, airports to bail out airlines, and fibre networks owners to bail out broadband retailers. Voluntary relief is fine, but in this instance the government through regulation is picking winners.”

So, what are distributors already doing to support consumers at this time?

ENA members have put their shoulders to the wheel and instituted a range of coordinated and individually targeted relief measures. These include three-month payment deferral terms, forgoing variable charges, virtual capacity downgrades, and direct payments to support the hundreds of thousands of customers which own their lines companies.

These measures are in addition to, and dwarfed by, a massive $280 million reduction in distribution and transmission charges in 2020/21 when compared to the previous year, and bill reductions due to lower energy volumes.