Overview of the electricity industry

Broadly speaking, the industry can be broken down into four main components – generation, transmission, distribution and retail.

The Electricity Network's Association is the membership organisation for the businesses that operate in distribution part of the sector - the 27 lines companies. 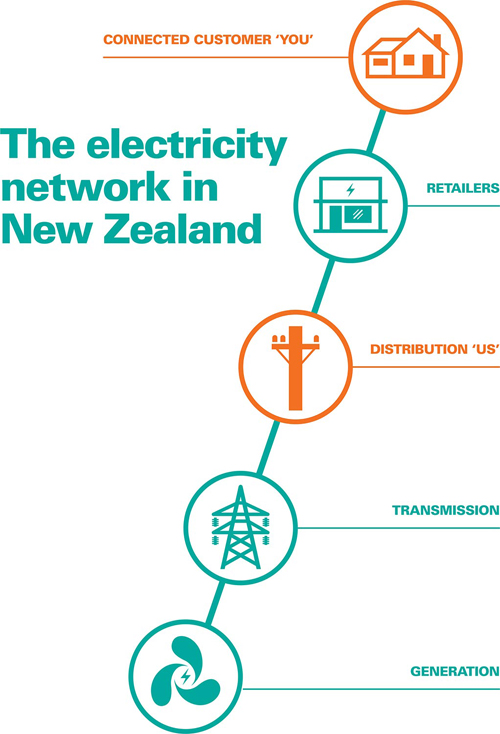 Electricity in New Zealand is generated by five major companies, with the government a major shareholder in the three of those companies. Nearly 80 percent of New Zealand’s electricity comes from renewable sources.

Retail
Electricity retailers are the companies that sell electricity to you. Retailers buy electricity from generating companies and bill customers for the energy they consume. Their bills to customers also include the cost of national transmission and local distribution.