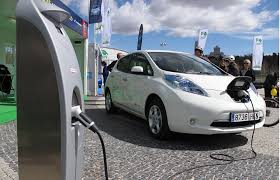 Getting more electric vehicles on our roads and lowering emissions is the focus of a submission the electricity sector has made to the Productivity Commission.

The Productivity Commission has published an issues paper on an inquiry into transitioning to a low emissions economy.

In their submission, ENA and ERANZ identify the barriers to more EVs being used, and what policies would best encourage uptake.

The two organisations believe that a key obstacle is the Low-Fixed Charge found in the Electricity Regulations 2004, a view supported by independent research from Concept Consulting.

“Repeal of these regulations would mean that the economics of an EV were not distorted, which may encourage greater uptake of EVs and consequently reduce emissions,” they stated in their submission.

Specifically, they noted that:

Read the full ENA/ERANZ submission, including the research from Concept Consulting.

The Productivity Commission has released a short video about its inquiry into transitioning to a low emissions economy.